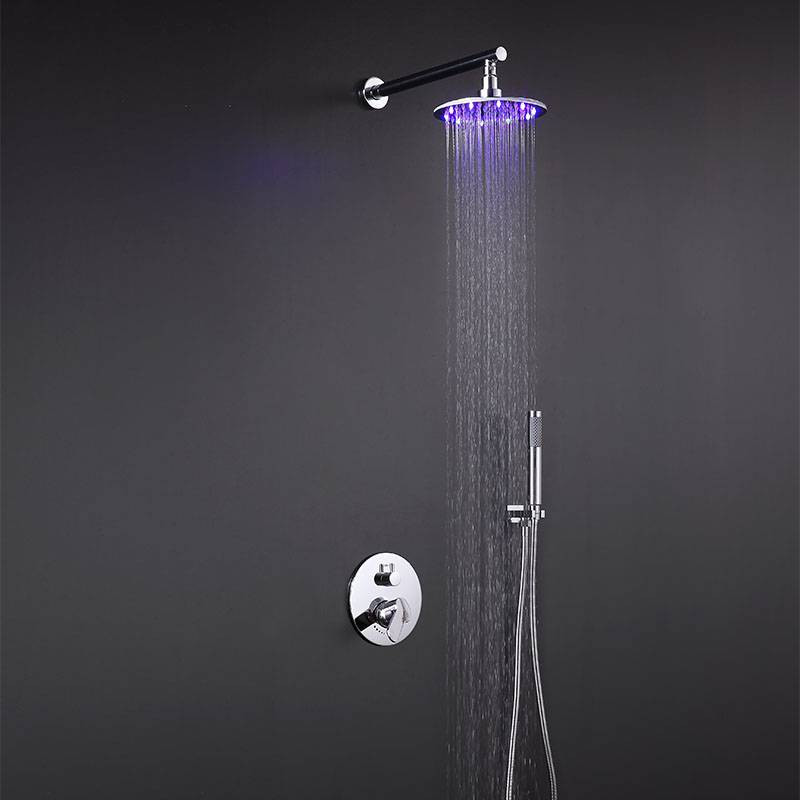 
Send email to us

This 12-inch round LED lighting rain shower set, ceiling mounted, has the quality and design you expect and will make a dream bathroom for you. It exudes a beautiful design with durable material for use in Plumbing applications. Fixed this shower set in your bathroom will bring a highly contemporary, minimalist look to the bathroom.

Feature Grade 304 stainless steel construction, to resist corrosion,  tarnishing and discoloration for the life of the shower set.

Its coordinated pieces including the shower head, valve panel, and other accessories such as holder, hand held shower head and shower arm.The exceptionally long 30cm shower arm moves the overhead shower into the correct position, even in large shower areas.

Easy clean and maintain nozzles: shower heads feature rubber-like nozzles that resist build-up and calcification. Keep it performing like new with just the swipe of a finger.

Cartridge can be operated in high degree centigrade,and tested for more than 500,000 times for using.

Write your message here and send it to us